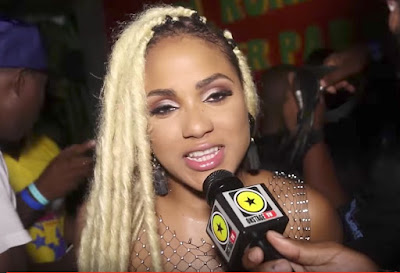 Ishawna has reacted to her critics over her new song “One N Lose.”
The track is a counteraction to Aidonia’s protege Govana who has a song name “One And Move.” Ishawna received some criticism from some fans who says she is not coming with something original. Now she is saying that he version is to put me in their place. “Ladies make sure y’all check out One n Lose! Sometimes mi feel like it’s me against the world but SOMEBODY affi do it cause more time these men get outta hand….we affi put dem inna dem place! Mi nah stop defend unu…! #OneAndLose #Ishawna,” she said.
Ishawna has a new music video out for his single “Slippery When Wet” and she might be plotting another music video for “One N Lose.”