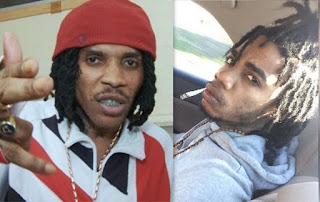 Did Alkaline just preview a brand new Vybz Kartel and Popcaan diss track? That is the question dancehall fans are asking today after a snippet for an upcoming single made its way on YouTube.

Last month Alkaline stunned everyone when he released a diss track aimed at Vybz Kartel title “Ricochet.” The single came after weeks of Kartel taking a jab at the “Champion Boy” deejay without him making a response. Seems Alkaline won’t stop there and could unleashed another diss track on the airwaves before Christmas. Take a listen to the track below.

“The Champion is a perfect example / You know how much artists pile up in a the inbox / Emoji a ball fi a dam text, them all put breadfruit to roast / A who fa Killy Killy Crazy ya now / Watch him a kill up himself bout him career,” Alkaline deejay.

Alkaline did not confirm or deny that the track is authentic. Lets not forget that earlier this year an imposter deejay who sound exactly like the Vendetta deejay released a Vybz Kartel diss track.